A computer network is an  interconnected collection of autonomous computers and devices to exchange information or share resources.

Host or node or workstation refers to the computers that are attached to a network.

Computer that facilities sharing of data ,software ,and hardware resources (e.g. printers, modems etc.) on a network is called server.

A client computer is a computer that can request for some services from a server.

NIU is also known as NIC(Network Interface Card) or LAN Card. It is a device that works as an intermediator between computer and the network.

LAN Card can be wired as well as wireless.

Hub/ Switch is a device used to interconnect computers on a network.

They refef to the applications that provide different functionalities over a network. They include DNS(Domain Name System), file sharing ,VoIP(voice over IP) etc.

Q3. What are advantages of a Computer Network

1. Resource sharing : We can share hardware devices, softwares as well as data on a network.

2. Communication Medium : Network can provide  communication between different computers attached to a network.

4. Centralized Control: We can centrally control the computers attached to a network.

5. Central storage of data: We can save data of entire network on single computer. It helps in removing duplication of data as well as maintaining integrity of data.

Q4. What is ARPANET?

ARPANET stands for Advanced Research Project Agency Network. It was the first network developed by DOD (Department of Defence) America).

Q6. What is Communication channel?

Communication channel  is way/method to provide communication between computers and devices on a network.

Q7. What are types of Communication channel?

Communication channel is of two types:

A twisted pair cable is a collection of four pair of insulated wires wrapped together. They are preferably used for local area network. 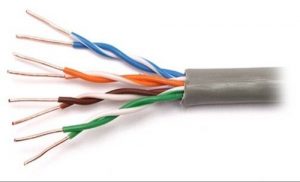 They are available in various forms such as CAT1,CAT2 CAT3,CAT4,CAT5,CAT6.

They are basically of two types 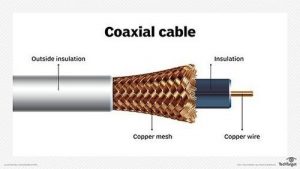 They are of two categories: Thicknet and Thinnet.

Optical fiber cable is make of glass or glass like material. It can transmit information in the form of light waves. Optical fiber consists of following parts: 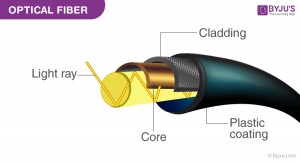 There are two categories of Optical fiber cable

Radio waves communication uses continuous sine waves to transmit information from one point to another. It needs two components:

a. Transmitter: To transmit information.

b. Receiver: To receive information transmitted by transmitter. 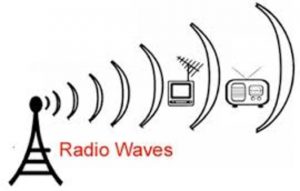 Microwave  is direct line of sight transmission in which parabolic antennas are placed in front of each other.

In satellite communication, artificial satellite is placed in geostationary orbit at around 36,000 Kms above the surface of earth. 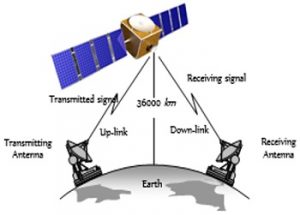 Infrared is direct line of sight transmission within a short distance (5 meters).

Q8. What is bandwidth?

Bandwidth is defined as amount of information that can be transferred through a single channel per unit time.

It is also defined as difference between highest and lowest frequencies of a transmission channel.

Q9. What is Internet?

Internet stands for interconnected networks. It is interconnection of computers all over the world.

Q10. What is Interspace?

MAC address refers to the physical address assigned by NIC manufacturer. MAC address is a 6-byte address with each byte separated by a colon

Q12. What is switching and its types?

Switching is the technique of transmitting information from one device/network to another.

There are three types of switching.

i. Circuit Switching: In packet switching, a physical communication link is established between source and destination computer/device before transmitting information.

iii. Packet Switching: In packet switching, information is transferred from source computer to destination computer in the form of fixed sized blocks known as packets.

MODEM stands for Modulator/Demodulator. It is  device used to convert analog signal to digital signal and vice versa. It is basically used to run internet on your computer/device.

RJ45 stands for Registered Jack 45. It is an 8 wire connector used to connect computers on a. LAN or Ethernet Card.

Q15. What is Ethernet Card?

Ethernet Card is also known as LAN Card. It is used to attach a computer on a network.

Ethernet Card is the first LAN card developed by XEROX corporation along with INTEL and DEC (Digital Equipments Corporation). 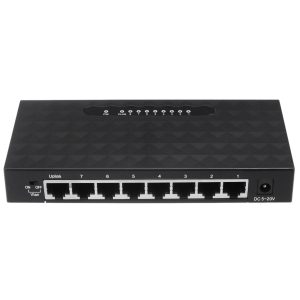 Hub is a device having multiple ports used for interconnecting multiple computers together.

Hubs are of two types.

i. Active hub : It amplify the signal when it moves from one computer to another.

ii. Passive hub:  It allows the signal to pass from one computer to another without any change.

A switch is a device used to interconnect computers on a network but it provides dedicated bandwidth to all connected computers.

A bridge is a network device used to interconnect two networks that follow same protocols.

A router is a network device used to interconnect networks having different protocols. Router forwards data from one computer to another by shortest path.

A gateway is a network device used to interconnect dissimilar networks. It establishes an intelligent connection between local networks with completely different structures.

A WiFi card is an internal or external Local area network adapter with a builtin wireless radio and antenna.

Repeater is a network device used to amplify week signal. Signal gets week over long distance so we need a repeater to restrengthen it.