Anaconda Navigator is a graphical user interface (GUI application that allows you to launch different applications and easily manage conda packages without using command-line commands. It can also search for packages on Anaconda Cloud or in a local Anaconda directory. It can work with Windows, macOS as well as Linux.

Python IDLE must be installed before installing Anaconda navigator.

2. Anaconda Navigator will open as shown below 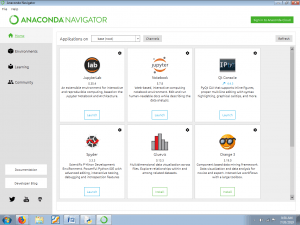 There are many options available in this window. We can launch Jupyter Notebook or Spyder to use Python commands.

Jupyter Notebook is a tool for making Python programs. It automatically opens in web browser.

1. When we click at Launch Button under Jupyter Notebook Option in Anaconda Navigator, It will open Jupyter dashboard on your web browser. It will show list of the notebooks, files and subdirectories as: 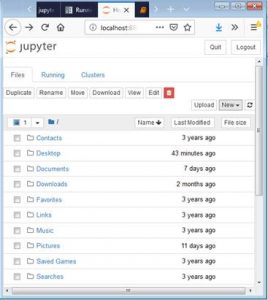 2. To use Python commands in Jupyter Notebook, we need to click at New -> Python3 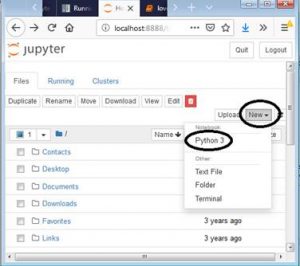 3. A new notebook will open up on new tab as: 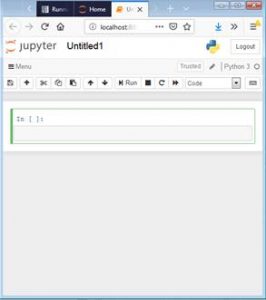 In Interactive mode, we can directly type Python statements in Code cell and click at Run to see the output immediately in next line. It is shown as follows: 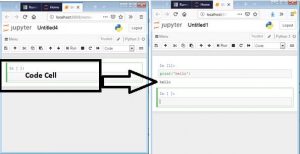 Creating and running a script

To create and run a Python script in Jupyter Notebook, we need to follow following steps: 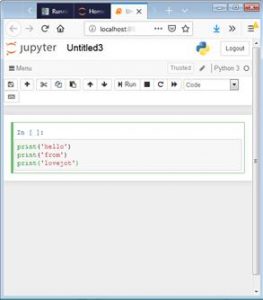 2. Click at name of script i.e. Untitled4 in this case 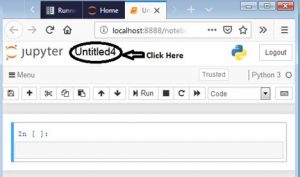 3. A new dialog box with title Rename Notebook will open as : 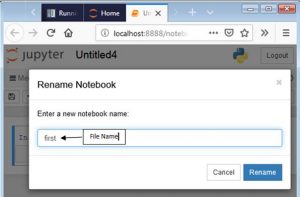 4. We can specify any name in this dialog box. Click Rename Button to save the script.

5. Click at Run to execute the python code and output will be shown in next line as: Spyder is a powerful interactive development environment for working with Python. It has advanced editing, analysis, debugging features. It is also a comprehensive development tool with the data exploration, interactive execution, deep inspection, and beautiful visualization capabilities.

How to use Spyder IDE 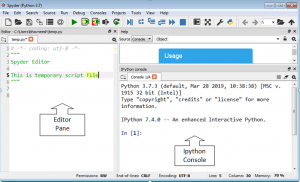 We can make Python programs in two modes:

In Interactive mode, we can directly type Python commands in Ipython Console get output immediately in next line. It is shown as follows: 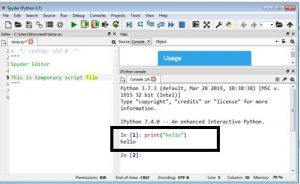 Creating and running a script in Spyder IDE

To create and run a Python script in Spyder IDE, we need to follow following steps: 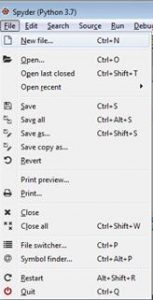 2. A new script will appear in editor pane with name as Untitled0.py as:

3. We can type multiple Python commands in this pane and save it by clicking at File->Save 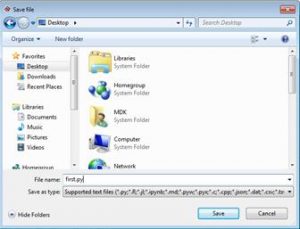 5. We can specify name of Python script in File Name 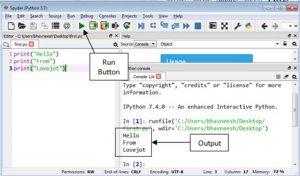 The output of script will be displayed in Ipython Console Window as shown above.