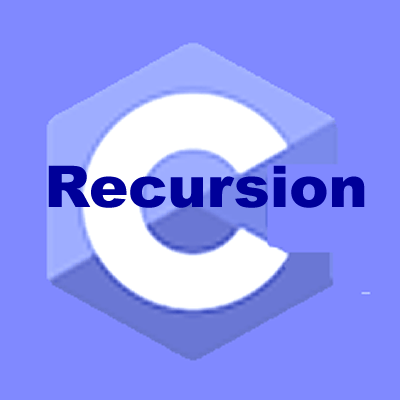 It is the process in which a function repeatedly calls itself. It should be noted that during recursion we must specify some condition with which the function will stop execution.

If we don’t specify any condition, the program will go on until the run time stack overflows. Recursion function can be used to solve problems where solution is expressed in terms of successively applying the same solution to the subsets of the problem.

Recursive function allows you to divide your complex problem into identical single simple cases which can be handled easily. This is also a well-known computer programming technique called divide and conquer.

In theory, all recursive functions can be alternatively created by using iterative statements.

In case number of recursive calls is very large, the run time stack can overflow, so we should implement recursive function using iteration.

Nesting of functions in C