We can make Python programs in two modes:

In Interactive mode, we can directly type Python statements at Python shell and get output immediately. It is shown as follows:

We can use Python statements at >>> prompt to get output as given below:

print(“Hello”) statement has been written here to get output hello 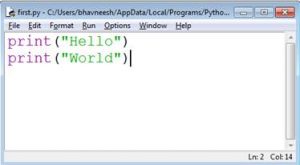 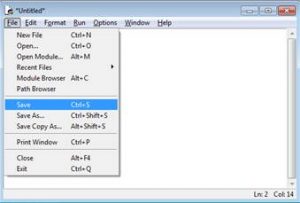 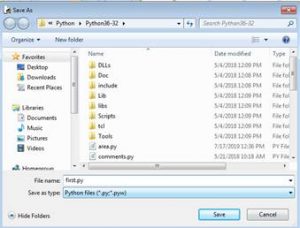 After creating a Python script or file we need following steps 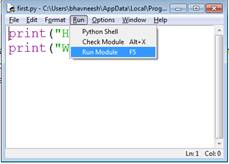 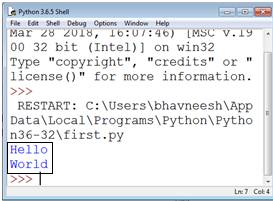