Pointer with Strings in C 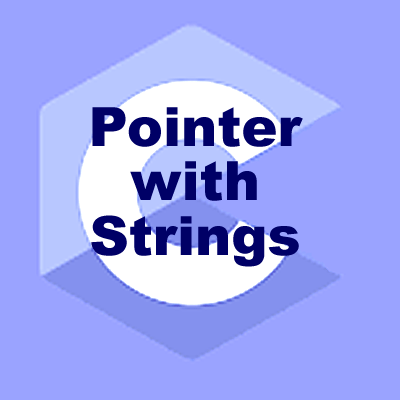 Pointer with Strings in C

In C language, a string is represented as a character array. When we declare a string, we need to specify size of string just as we do  in arrays.

Suppose we store “India” in this variable. The value “India” contains 6 characters including null character. So there is a wastage of 8 spaces as size of string variable sname is 14.

Both these limitations of character type array can be rectified with the help of pointer.

We can declare a string variable using pointer as:

Pointer and Array of Strings