Introduction to pointer in C | pointer operations in C 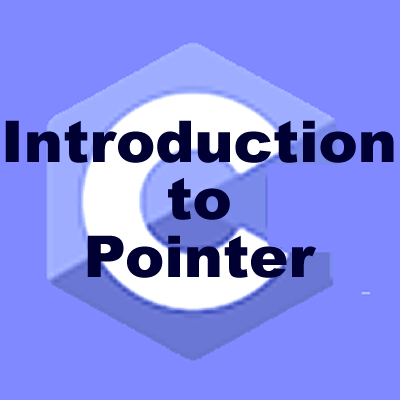 
It is the way to refer a memory location. A pointer variable  can contain the address of another variable.


Suppose we declare integer variable a as :

Variable a has following properties :

A variable must have a name. In above example, a is a variable of int consuming 2 bytes of memory because  int has memory of 2 bytes.

It is the value assigned to the variable.

Variable is stored at some memory location. Memory location is represented as a number be in decimal or hexadecimal form.

Operators associated with a pointer variable

There are two operators associated with pointers. They are as follows:

It is  used to refer to the memory location of a variable.

NULL specifies “points to nothing”. It represents that a pointer variable does not have any address stored into it.


We can determine the address of a variable with the help of address operator (&).


We can access value of a pointer variable using indirection operator.